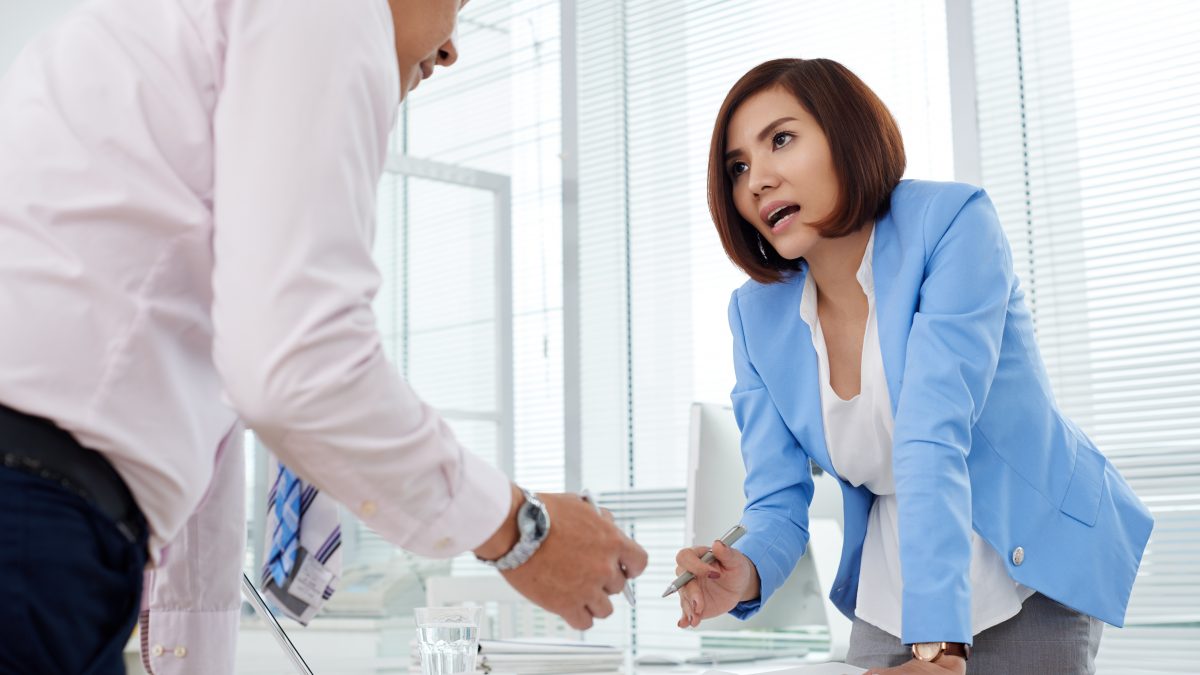 4 Ways Leaders Question Their Bosses And Still Keep Their Jobs

If you have ever questioned the perspective or decision of your boss, or of a more senior-ranked leader, you probably understand how nerve-racking it can be. Your imagination messes with your conviction, conjuring up all kinds of uncomfortable scenarios about what could go wrong if you challenge them. You wonder: Who am I to be questioning her, anyway? Am I going to be seen as a threat, a trouble-maker or a poor team player? Will he think I am disrespectful? And if a false step could cost you your job as well as the good favour of powerful influencers, it is understandable how the most brazen leader in you might hesitate. But take heart and stand strong. There are smart ways to question your perceived “betters”, and still hold on to your pride, position, and paycheque. The secret? Follow the timeless wisdom, “It’s not what you do, but how you do it.”

1. Ask, first, what you want her to ask herself.

When your question could be interpreted in a negative light, prime the conversation by first asking the senior-ranked person what you want her to ask herself. Once she is already in the mental space where you have directed attention to her self-interest, she is more likely to perceive your follow-up questions in that associated context.

Take, for instance, the experience of Celina. Celina was a professor at a major university who got tired of going to meetings that felt like a war zone. There was no order. People fired-off agenda items like they were in a scrimmage. They shouted over each other at will, and the accepted code of conduct was, “the loudest survives”. Colleagues who were less agile at jumping into the fray were silenced, whether by self-censorship or by subtle bullying; and it was not unusual for their attention to drift to checking e-mails and doodling during meetings.

The Chairperson was a brilliant tenured professor – a likeable lady with very little experience chairing meetings. Celina decided to step outside of the chaos and invite the Chair to coffee with herself and three other colleagues from the department. After initial pleasantries and light conversation about where the department was headed, Celina asked the Chair, “When you first saw yourself in the role of Chair, how did you want colleagues to experience meetings under your leadership?” This question was bold and direct, but it focused the Chair on her vision of her own leadership, and it allowed Celina to follow the Chair’s animated response with, “So, how can we support you in making that happen?”

2. Influence perspective before seeking to influence a decision.

When your question would challenge a decision made by the more senior ranked person, put yourself on his side of the decision-making table and be a help-mate. Share information to further inform his decision. Consider this as a preferred approach to questioning the decision itself. Rather than ask, “Do you think this is the right decision to make at this time?” instead share a relevant piece of research, a current example or an article from a reliable resource that provides additional insight and offers evidence of alternative approaches that worked successfully in similar situations. Influence perspective before seeking to influence the decision. That’s the opportunity here. Be sure to share privately, though. You want to send the clear signal that your intention is to support him; not to shame, second-guess or show his weaknesses. Ask if he has seen the information you have provided (don’t assume he hasn’t). Then ask, “Would you be interested in us sharing thoughts on this?”

3. Externalize and de-personalize the authority of your question.

Who do you think you are? By whose authority do you question me? When you believe that your personal perspective might be seen as an affront or threat to the senior-ranked person’s authority, reference third-party resources to anchor your question. The organization’s strategic priorities, a policy statement, a quote from the organization’s head or a respected authority, an industry benchmark or some other external authoritative source would make good starting points. By linking your question to the established external authority, you can mitigate the chances of being labelled the uppity know-it-all.

Gavin, the head of finance at a large non-profit, used this approach when he questioned the organization’s executive leader about a significant (and unnecessary, in his mind) expense she was proposing to undertake in the midst of protracted budget cuts. He asked simply, “How will you position this expenditure with the Board? How will they be convinced that this gels with their directive to maintain close alignment between resource allocation and approved strategic priorities?”

4. Check with your provocative self and get clear on its messaging.

When you ask a sincere question of a more senior-ranked person, it is assumed that you want to provoke a sincere response. So, when you choose your words, think about what you mean to provoke. The first words you speak to someone will trigger a state; and this is the dominant state from which they will engage, process and interpret meaning from your conversation thereafter. Select words as well as a tone and a demeanor suited to the state you want to boot up in the senior-ranked person, and to the response you care to provoke. Beware of ambiguity that suggests a mismatch among the three. Ambiguity can trigger an unconscious bias in the other person that may not serve your interest. One of the ways unconscious bias works is that our brain automatically uses the information we already have to fill in ambiguities or missing detail in the information we get. So, when you present your question, be clear, precise and unambiguous. Equally, let a consistent message reflect across every level of your communication.

So why should you care about any of this?

Whether you are new to the leadership ranks or you are an experienced hand, your competence and savvy in asking hard questions of powerful people is an expectation. If you wish to stand by your convictions and advance influence without appearing to be a threat, it is critical to help the senior-ranked person feel safe with you; to connect to her interests and priorities; to provide reliable, relevant information that enhances the quality of her decisions; and to cause her to believe what you believe.

While you may not be able to predict her, or anyone’s, response with certainty, you can certainly set yourself up to influence them with a mindful approach. 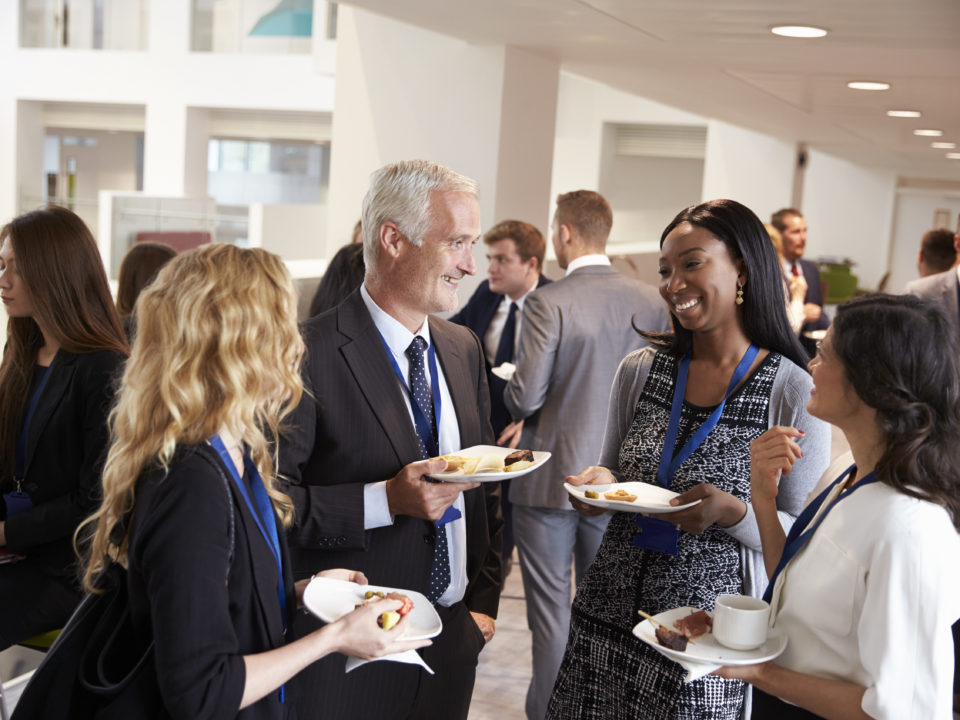 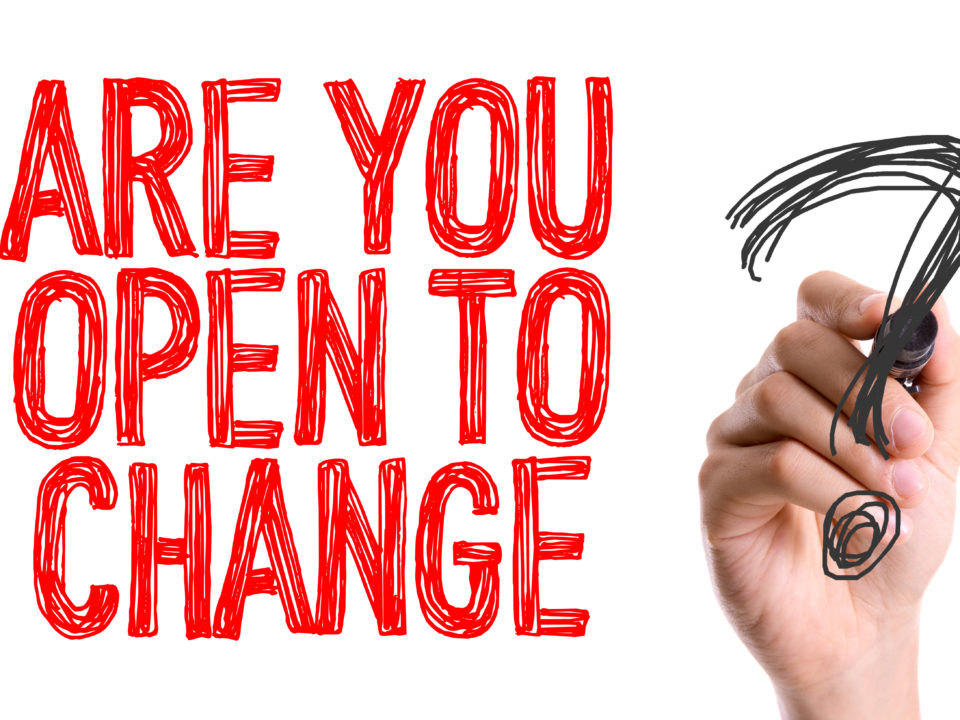 3 Tips For Leading Change and Transitions